New Film Shows All About the Moon Landing

A new movie being released by Universal Studios this October 12th, follows the epic story of how one small group of incredibly brave men and women fooled the entire world into thinking we could actually land a spaceship on the Moon. One with people on it!!

Conspiracy theorists are rejoicing because they will finally show once and for all that they have been right all along! It was a hoax!

An all star cast including powerhouses such as Ryan Gosling came together to make this controversial film a reality. The film explores all the various government coverups that led to the final conspiracy including; fear of losing the cold war, winning the space race at all costs, Kennedy's assassination, and contacting Stanley Kubrick to make the actual film.

Proponents of the conspiracy theory will finally be able to see how they built the props like the rock with a "C" on it, the flag that waves with no wind, and the duplicated backdrops. "Oh we are so excited! We are finally vindicated!" says Eugene Byrd, as he removes his strikingly stylish tin-foil hat.

So if you are looking for some good entertainment and can still afford to go to the movies, you will certainly enjoy this film. Seriously, everyone knows that the Moon is a hologram. It's good to know that some people are brave enough to finally tell the truth! 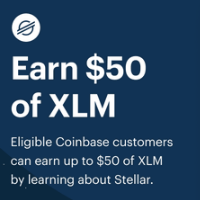